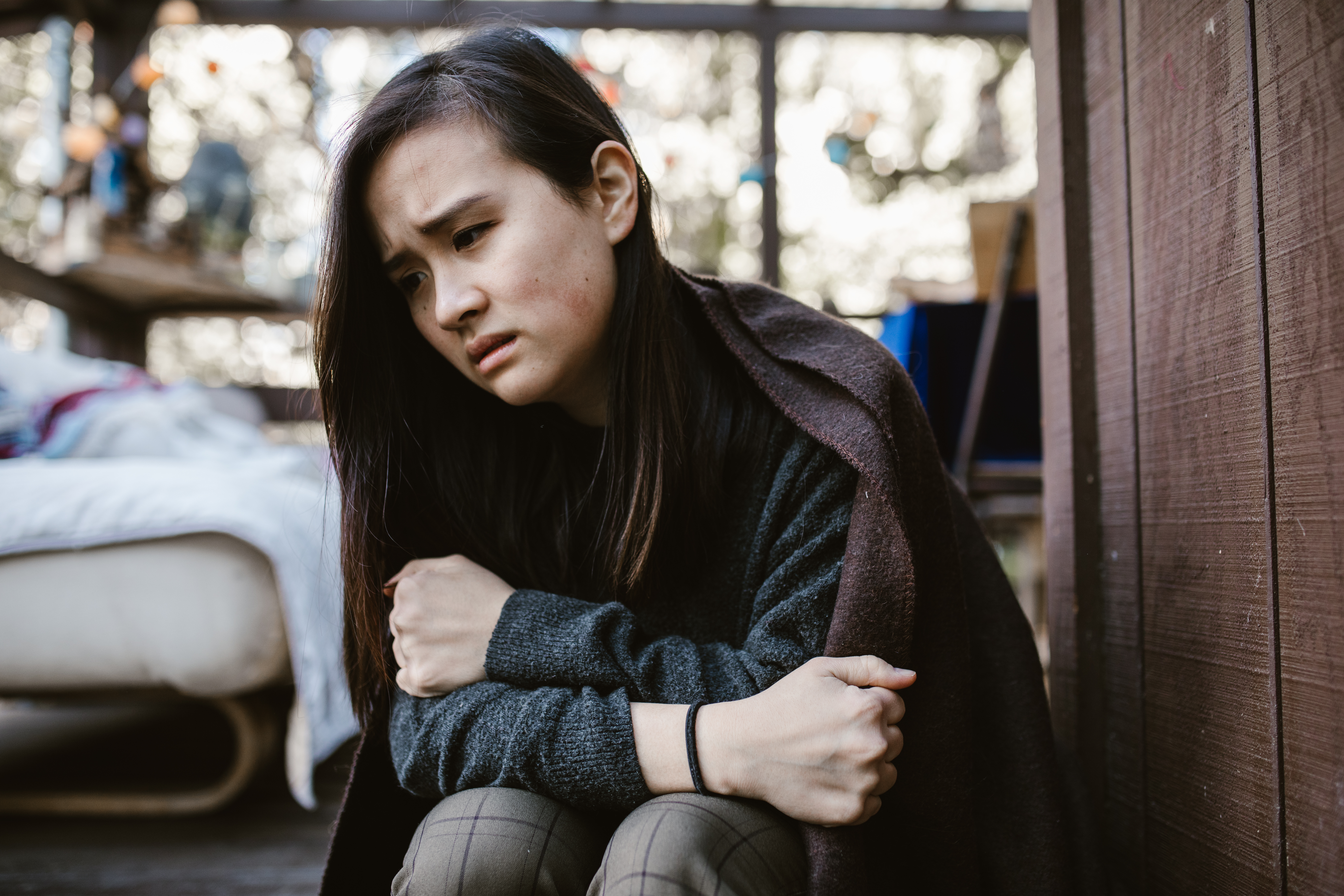 For manic depressives, goths, or doomsday preachers, Dr. Phil Plait has the perfect gift for you. Plait has run the popular Bad Astronomy website for several years and has just published his delightful new book on planetary cataclysm: Death From the Skies. These are the Ways the World Will End.

We live in a dangerous universe. As Plait says in the introduction to his book: “The universe is trying to kill you. It’s trying to kill me, too. It’s trying to kill everyone. And it doesn’t even have to try very hard.” You will be surprised how nice it is to find out how you could die. After accepting that we’re not even a molecule within a spec in a pimple at the rear of the universe, you can begin to understand the kind of events Phil Plait covers in this book.

Each of the doomsday scenarios described inside begins with a short fictional account of what the average person on this planet would notice and experience when one of these events begins and basically how it would destroy or nearly destroy us. He then goes into some basic physics and cosmology to describe what would happen.

The chapters are short, to the point, and for the most part, endlessly entertaining. Plait’s casual style that you may have seen in his Bad Astronomy YouTube clips flows well on the page. The book is written for the layman, so science and physics are realistic and conveyed in the simplest of terms, so even a basic grounding in high school science should help you with explanations.

While it’s a bit disturbing, it’s actually not too scary. Most of the events described, while occurring every day in the universe, have a very low probability of the planet collapsing in our lifetime.

Some of the most interesting possibilities involve the death of stars and how that could affect us in ways most people would never expect. For example, if a star in our celestial neighborhood were to go supernova, an extremely violent explosion at the end of the life of a star usually much larger than our sun, that could wipe us out.

The radiation from one of these explosions, even in the neighborhood of tens of light-years away, would shower us with enough radiation to destroy the ozone layer and trigger mass extinctions from the oceans to you and your mother-in-law. The explosion itself is brilliant. In fact, in 1054 a star 40 quadrillion miles away went supernova and was brighter than the full moon in the sky for weeks, even visible during the day. Today, you can see the remains by looking at the Crab Nebula through a telescope or good binoculars. That one was far enough away to be pretty, but the explosion itself emitted 12 million times more light than our sun will emit in its entire lifetime of billions of years. These explosions are so tremendous that we can see them occurring in other galaxies. Of course, they are child’s play compared to hypernovae.

Hypernovae are a relatively recent discovery. When a star goes hypernova, it emits such an intense stream of gamma radiation that one in our cosmic neighborhood could literally fry the planet like a burrito in a dirty microwave at the Village Pantry. We discovered these monsters by detecting gamma-ray bursts. The gamma-ray flares had astronomers scratching their heads for years until it was discovered that they were hypernovae occurring in other galaxies.

That’s right, these things emit a stream of radiation so intense and powerful that we can detect them in other galaxies. Our get out of jail free card in these planet killers is that the explosions are concentrated in straight streams on opposite sides of the explosion, so not only would one have to occur in our galaxy to kill us, but the star would have to be at just the right angle to point that stream in the direction of our solar system. The closest candidate to explode and do this to us is a star called Eta Carinae, but it seems to be a few million or billion years away from reaching critical mass.

What is interesting is that there is evidence that the planet has been hit by some of these phenomena before triggering mass extinctions and/or ice ages. In other words, we’ve probably managed to get into the best time frame for a few thousand years of good life on the planet. Or the other way of looking at it is that we probably only existed because we managed to have enough time between cosmic disasters to evolve this far.

Plait goes into several other interesting ideas, such as a small black hole traversing the solar system and practically eating the planet for lunch. Very possible, but unlikely. Statistically, it is estimated that our solar system will probably only wander near a black hole 2-3 times during the lifetime of the sun.

The book even covers the alien invasion. I assumed this chapter would be taken with a small grain of salt, but it actually approaches it logically by proposing a scenario that seems relatively plausible if one makes the logical assumption that the universe is associating with life and other advanced civilizations. And no, the invasion doesn’t start with a little green man buzzing Billy Jim Joe Bob in a cornfield.

In later chapters, Plait covers more sobering and solemn ideas, like what happens when our sun goes into its death rattle if there’s even the slightest chance of the human race surviving that long.

I think there are two orders of readers who would really enjoy Death From the Skies. First of all, anyone with a passing interest in astronomy. Second, anyone who enjoys reading about doomsday scenarios. If you like both, you’ll enjoy this one.

If there was a weakness for me it’s the opening chapter detailing the impact scenario of a large asteroid or comet. While it will certainly be a fun and interesting way to die, it’s also been done ad nauseam in movies and media in recent years, so there wasn’t much new to cover there for me personally and probably be it. the driest in the book. However, there were some very interesting proposals on how to warn it even with the technology we have today, with a few years of warning.

For those who think that even something as frequent as asteroid impacts is unlikely, there is a sobering insight into this.

A few years ago, a large asteroid, named Apophis, was discovered and appeared to be on a collision course with Earth in 2029. Apophis is just over 1,000 feet across. Doesn’t sound bad, right? As long as you’re not standing nearby, everything should be fine. Well, keep in mind that the asteroid or comet that hit Siberia in 1908 and leveled hundreds of square miles of forest was probably the size of a school bus, at most. That was 100 years ago and that forest is still pretty much dead. For those unfamiliar with it, it is sometimes referred to as the Tunguska Event.

In 2004, scientists estimated up to a 3% chance that Apophis would hit the planet. A small but remarkable probability. Honestly, if you were told there is a 3 in 100 chance that a building would explode tomorrow, would you choose to hang out there?

There was initial relief when it was discovered that there was virtually no chance of a collision in 2029. This quaint little planet-slayer is going to come pretty close, though. In fact, it will pass closer to the planet than most of our orbiting communications satellites.

And now the bad news. Apophis’s orbit around the sun intersects Earth’s all the time. When an object like this gets too close, our gravity will upset the asteroid’s orbit. If Earth’s gravity distorts the orbit in the right way, things could get ugly. Basically, we can’t exactly predict how close the asteroid will get to the planet, but if it takes the right path near Earth, passing through what astronomers call “The Keyhole,” it will upset Apophis’ orbit just enough. enough to hit us head-on in 2036 when it orbits the planet. And the really bad news is that Bruce Willis will most likely be dead by then and can’t help us. That leads to even worse news: we won’t be killing Bruce Willis again!

There are actually many “keyholes” it could pass through that will cause the 2036 impact. Astronomers estimate the chances of this happening to be about 1 in 45,000. It sounds small, but still, in my opinion, it’s too big of an opportunity to just ignore.

So have a nice day! He may only have 28 years to live!

Death From the Skies is a highly recommended read.