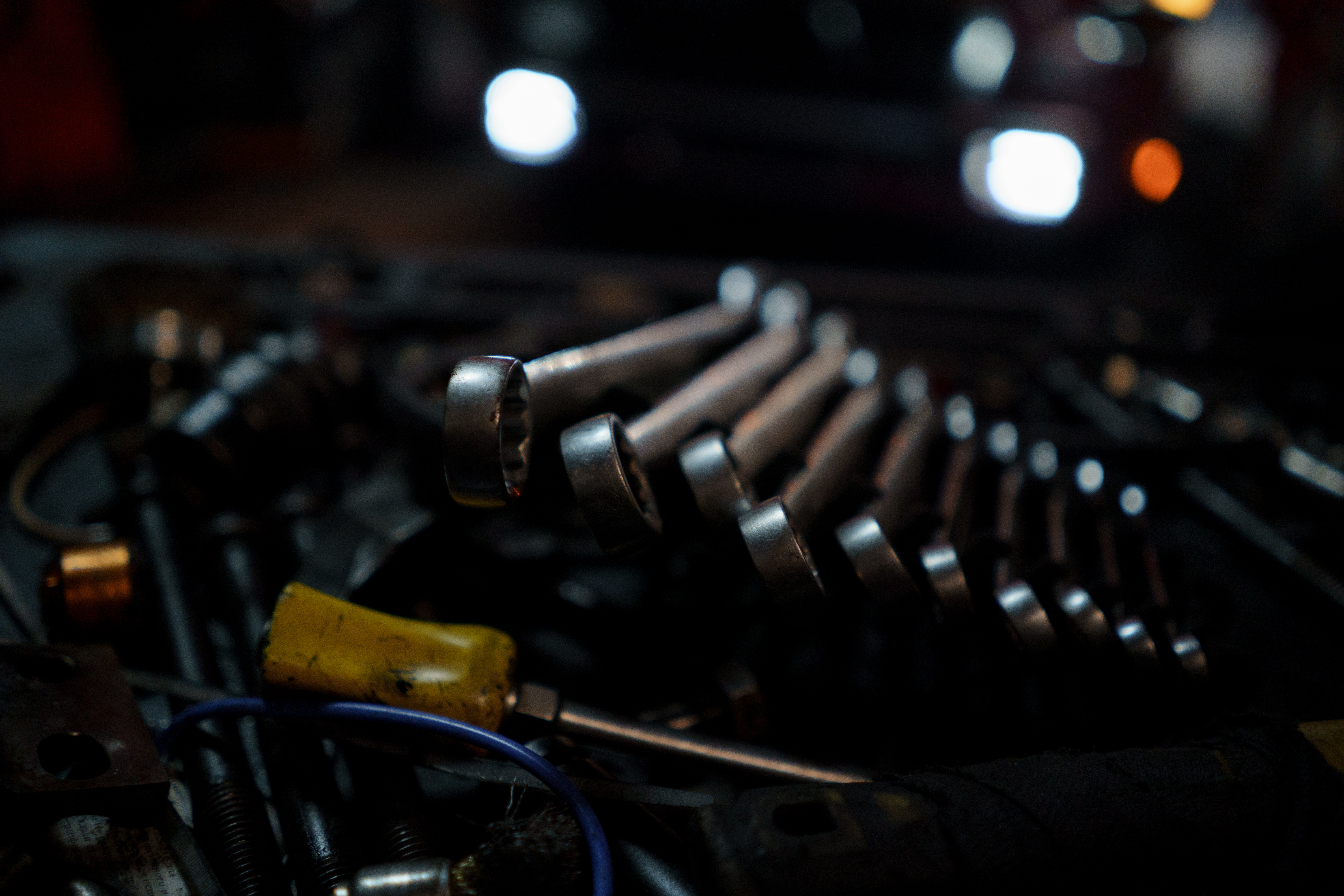 While the Trident’s sales may not have been able to attest to the integrity of the design, despite the competition, its crash history can confirm this fact. In the 15-year period between 1964, when it entered service, and 1978, there were only two fatal incidents, neither of which was due to a design flaw. Both, however, involved what might be considered the “perfect storm” of interrelated circumstances, the removal of one of which may have prevented their occurrence.

The first did not take place until June 18, 1972. In this one, a BEA Trident 1 commanded by Captain Stanley Key, 51, and First Officer Jeremey Keighley, 21, and operated by G-ARPI aircraft bound for to Brussels on the continent. , began its takeoff run from London Heathrow International Airport with seven other crew members and 109 passengers on board, one of whom was an infant.

Turning into the rain-emitting gray darkness at 5:00 pm local time, he retracted the landing gear of his trike and climbed through the onslaught of precipitation. However, just minutes after her flight, she lost speed and plummeted near the town of Staines, just four miles from the airport.

Losing its tail when it snapped off, the rest of the fuselage flew 50 yards before coming to rest in front of a line of trees. As Britain’s worst plane crash, it claimed the lives of all 118 on board, including one who died shortly after being taken to hospital.

During the subsequent triage, which involved placing the bodies on a grassy area before they were transported to a temporary morgue near the airport, there was speculation as to why a seemingly routine takeoff could so unexpectedly end in disaster. The fact that the aircraft’s landing gear had retracted after a positive rate of climb had been established indicated that nothing seemed to be wrong.

During the subsequent investigation, whose official investigation began in November 1972, it was learned that two significant events had led to the accident.

In the first, Captain Key had been involved in a heated dispute with another pilot over a pending strike, which he apparently favored. Although he later apologized for the outburst from him, the exchange turned out to be much more damaging to him than he knew at the time. In the second, which was to test the catalytic converter that caused the accident, the wing’s high-lift devices prematurely retracted at the wrong speed.

Although the aircraft’s black box confirmed that both takeoff and initial climb had occurred in accordance with operating procedure, the leading edge slats having been retracted at an airspeed of 162 knots and an altitude of 1,750 feet, the former well below the recommended 225. – at one of 250 knots. Needless to say, both lift and pitch were reduced, which left the trijet trying to climb at an airspeed that couldn’t sustain its flight. The resulting stall of him, especially at a point where there was not enough altitude left to recover, led to his plummeting toward the ground.

The copilot had activated the actual retraction of the lead device. Although he was relatively young at just 21 years old, he initially couldn’t understand why an experienced captain had missed the mistake. But the answer was revealed when he unknowingly suffered from a heart condition that had been aggravated by their pre-flight argument.

During the post-accident autopsy, it was found that emotional turmoil had served as a catalyst for his atherosclerosis condition and had given him sudden, sharp chest pains immediately after the aircraft took off. So severe were they, in fact, that they diverted attention from him and temporarily affected his performance, leaving the copilot to initiate the retraction, most likely amidst the chaos in the cockpit.

With the slats now in their stored position, the control column began to shake automatically, warning the crew of an impending stall, amid audible signals and flashing red and amber warning lights. Two corrective actions that are ingrained almost intrinsically in all pilots include immediately pushing the control column forward to lower the nose and retracting the leading edge flaps. But the medical condition prescribed the implementation of either.

At this point during the short 150-second fight, the automatic stall warning system activated, moving the control column forward without human intervention. But even this last action failed to save the aircraft when the system was disabled via an override switch.

Virtually depleted of all altitude reserves, Trident 1 continued to stall and dive toward the ground.

Because the captain’s heart condition went undetected during routine medical exams, only the subsequent autopsy revealed it, along with the fact that the heated argument had resulted in his internal bleeding and that had caused the distraction. Although premature flap retraction was cited as the direct cause of the accident, the captain’s unknown health condition had precipitated it.

The Court of Inquiry concluded that Captain Key “was, during take-off and initial ascent, distracted by a certain degree of pain and discomfort and that the stage was reached where his ability to reason was materially affected”.

Several recommendations resulted from the accident, including more stringent coronary testing for pilots, a mechanism to inhibit premature forward cant retraction at sub-minimum airspeeds, and the installation of cockpit voice recorders on all large aircraft.

The second of the two fatal Trident crashes occurred four years later, on September 10, 1976, but involved a mid-air collision between two planes.

The first, a British Airways Trident 3 registered as G-AWZT and under the command of Captain Dennis Tann, 44, and First Officer Brian Helm, 29, departed London-Heathrow at 9:21 am bound for to Istanbul, Turkey, on a three-hour, 24-minute flight. His flight plan, at 33,000 feet, took him over Dover, Brussels, Munich, Klagenfurt and Zagreb.

In an apparently unrelated event, the second plane, an Inex Adria DC-9-30 registration YU-AJR, took off from the coastal resort of Split, Yugoslavia, at 10:48 a.m. with five crew members and 108 passengers, operating a flight charter flight to Cologne, Germany

Another aircraft was currently in Zagreb-controlled airspace: a Lufthansa Boeing 737-100 at flight level two-nine-zero, flying from Belgrade to Frankfurt.

The paths of the first two were about to cross. While the Trident was following its flight plan at 33,000 feet, the Inex Adria DC-9 was climbing through 33,000 feet to its assigned altitude of 35,000 feet in accordance with her clearance. But the two flashes on the radar screen at the Zagreb Air Route Traffic Control Center began to merge.

The controller, wasting no time alerting the Inex Adria’s crew of the possible collision, issued evasive instructions, but in his native Serbo-Croatian. The British Airways crew, needless to say, did not understand them, and the broadcast did not help them. Approaching each other at a combined speed of 1,000 mph, the two planes, which together weighed about 250,000 pounds, collided and were reduced to disintegrating metal dust.

The DC-9 crashed into the underside of the Trident, breaking one of its wings, and proceeded to spiral toward earth. Meanwhile, the Trident’s starboard wing had all but disintegrated, leaving what was left of the aircraft without lift or lateral control and causing its own vertical dive. it was 11:16

When the two impacted within seven miles of each other, the sky rumbled from the explosive impact, claiming the lives of all but one of the 176 aboard both planes and marking the worst mid-air collision in commercial aviation up to that time. A girl, clinging to life, miraculously survived the 33,000-foot drop, but succumbed to her injuries an hour later.

Cockpit voice recordings indicated that the British Airways crew could have taken evasive action had they understood the Zagreb controller’s request. Subsequently, eight air traffic controllers were charged with “failing to ensure the use of English in conversations with pilots… failing to ensure that subordinates adhere to standard norms… (and) negligence in the performance of their duties.” professionals”.

One of them, Gradimir Tasic, 28, was initially sentenced to seven years in prison for criminal negligence, marking the first time in commercial aviation history that an air traffic controller has been cited as the personal cause of a plane crash.